An unexpected date with a happy ending

Monday, October 7, 2019: A message from Stephanie de Swaef. She drove with her Hovawart female “Pixie van Mies en Co” from her home town of Stekene in Belgium to Germany to have her fertilized. But for some reason it doesn’t work.

They want to try again the next morning and if they still don’t succeed, she would like Baloe to try. As an approved stud dog, he is on her reserve list. All papers are now in order, but it still comes as a surprise. Due to the hustle and bustle of the past few weeks and our return from Greece, I had forgotten that Pixie would be in heat during this period and that Baloe would have to take up action.
Tuesday morning, October 8, 2019: At work, I drive my colleagues crazy with my stories and just before I can go home at half past 11, I get a message from Stephanie that in Germany the mating has failed again and that she will be with us at 2 pm for the first date for Pixie and Baloe.

I just left him in the dark this morning, one with stress is more than enough. Baloe is looking outside expectantly behind the room door as Stephanie and I walk back into the garden with Pixie. 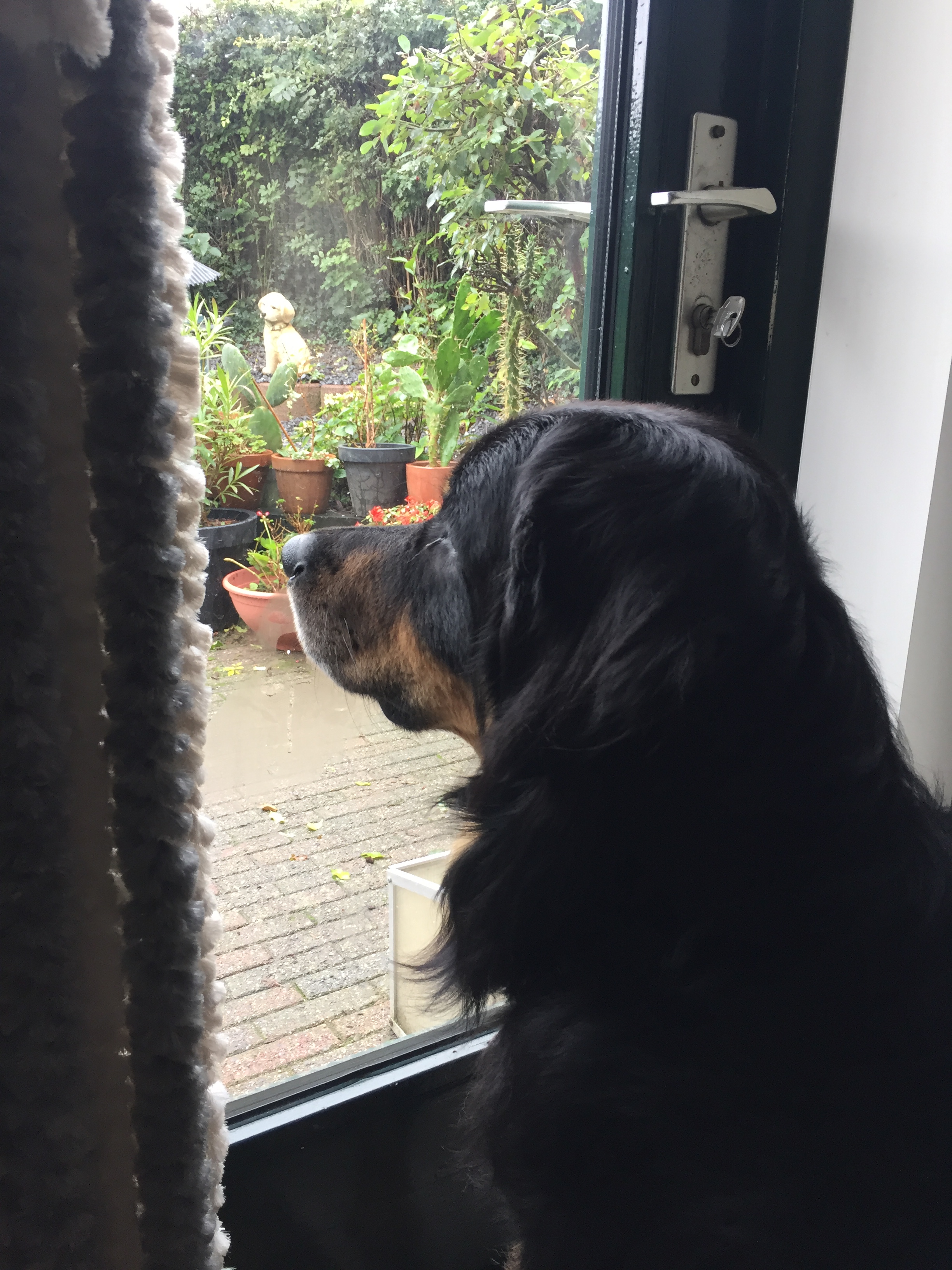 A short bark on his part and some snooping through the window of Pixie, who immediately goes to investigate in the garden. The 40 turtles that walk behind the fence are not interested, they are already preparing for hibernation. Pixie also has no eyes for it, she is more interested in the smells of Baloe, who is now getting excited behind the window when seeing and smelling so much beauty that is walking around in his garden. And then the door is finally allowed to open and he rushes outside enthusiastically, where a wonderful, but hitherto unknown smell awaits him. He doesn’t need long, a first glance is enough, is it love or lust? Pixie, who may be a bit confused by the hormones, immediately climbs on Baloe and starts to ride. It looks like he is looking forward to it, just like Baloe, who, after we have pulled Pixie from him, immediately jumps on her and makes a first attempt.

Stephanie, Gerard and I are quietly watching, but meanwhile trying to catch a glimpse of whether Baloe is doing the right thing. After he has made a second unsuccessful attempt and slides away from her for a moment, his masculinity really comes up and he traps her between his front legs. A small cry (of pleasure?) from Pixie and then they are linked. After the first panting, they turn their heads towards each other, lick each other and sniff around for a little while and then wait until the lust fades and the couple comes apart again. 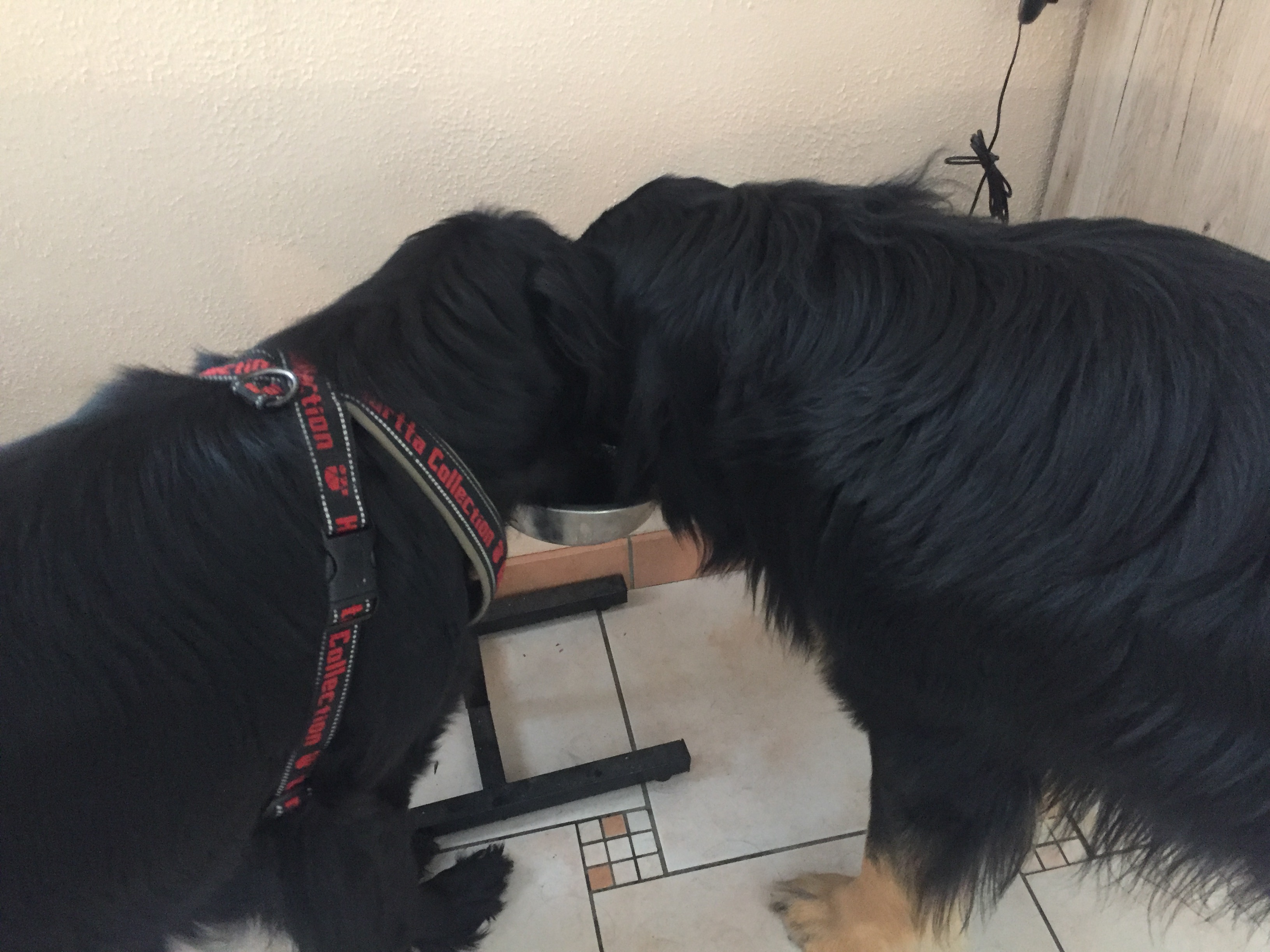 Fifteen minutes later they are standing above the water basin of Baloe in pairs, as if they have been together for years. All in all, it took less than half an hour from the introduction until they started to nibble their well-earned chew stick in the room. And then you can safely speak of a quickie. But to be sure, she will come back tomorrow.

Wednesday afternoon, October 9, 2019: Around half past one, an enthusiastic Pixie is wagging at the door. An equally happy Baloe is growling behind the window with pleasure, but this time it is Pixie who wants to go inside to greet him. A short (pre) game follows in the garden and then she shows Baloe that she is ready. The tail goes aside and he now knows what to do. Within 5 minutes they are paired again, although a few beeps are coming from her side this time.
In the meantime the rain is dripping down and it takes a little longer than yesterday before he can get rid of her again. Geer takes photos, Baloe leans nicely against me and Pixie is reassured by Stephanie. 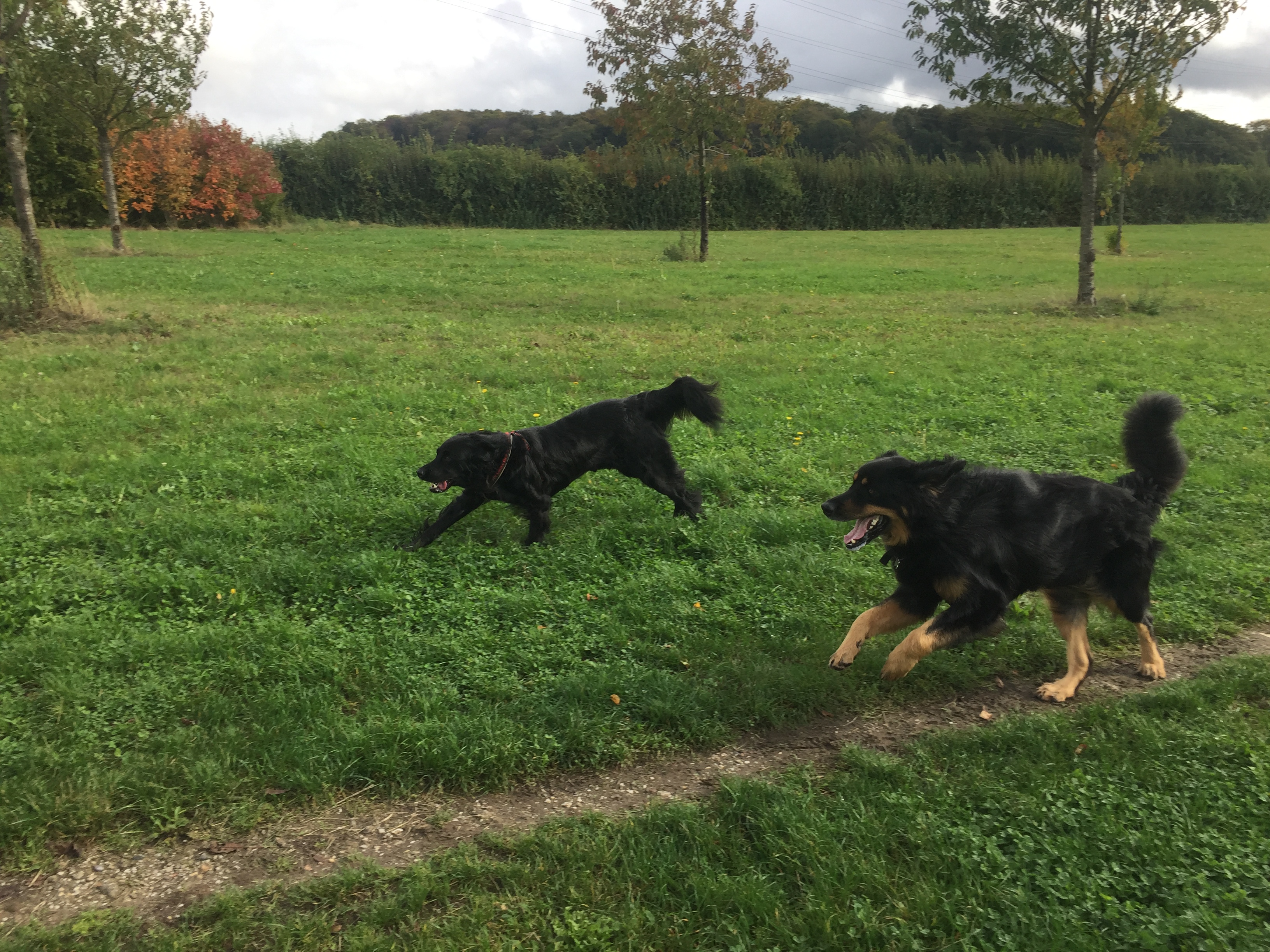 All in all the weather did not last half an hour and with a relieved Stephanie and two happy, cheerful dogs we are taking a nice walk.

And now just wait and see what the result is. In 4 weeks we will know more when an echo is made at Pixie.
Gerard and I are certainly very happy and proud that our inexperienced Imax vom Wildweibchenstein / Baloe has done so well. 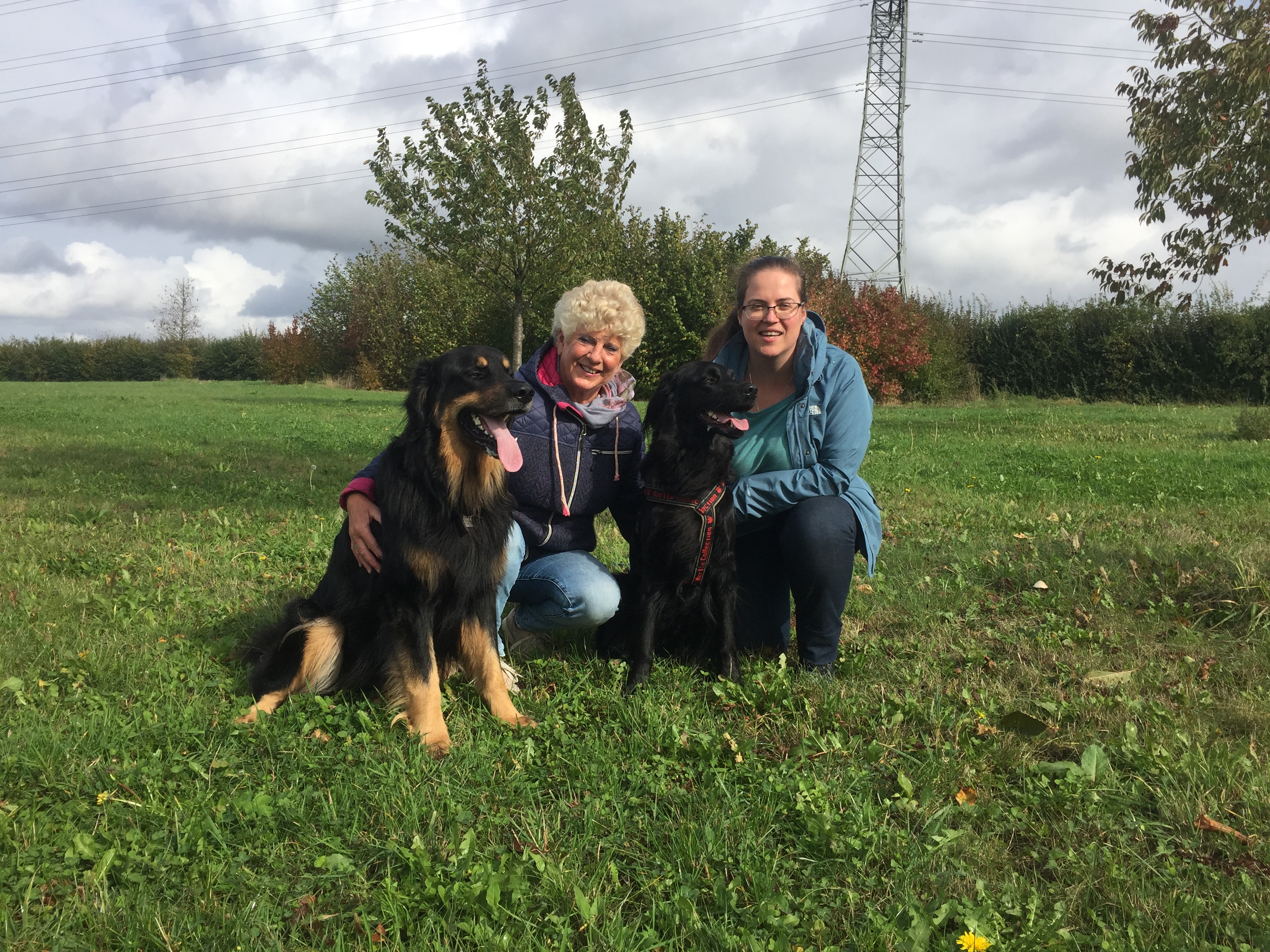