The Hovawart and the association

The name of the Hovawart comes from German. "Hova" means court and "wart" means guard.

They were originally used on large estates to watch over the sheep and were used as a general working dog. With the emergence of the German Shepherd, the breed became less popular, even threatened with extinction.

Kurt Friedrich Koenig set up a new breeding program in Germany in 1922 to breed a long-haired dog with drooping ears from the typical farm dog. This was done by crossing in other breeds such as the Newfoundland, German Shepherd, Leonberger, Kuvasz and the African wild dog. In the same year the first litter of Hovawarts was registered in Germany.

Only in 1937 was the breed officially recognized by the Federation Cynologique International, or the FCI.

In 1948, the "Rassezuchtverein für Hovawart-Hunde e.V." was established in Germany. They maintained the overall standard of the breed.

Due to very strict selection, the original service dog type was restored.

Furthermore, a lot of value is attached to the breeding of healthy Hovawarts. Strict breeding requirements that every breeder must adhere to have succeeded in breeding a healthy and safe dog breed. Especially in the area of ​​hip dysplasia there is a strict selection: dogs with a predisposition or a mild form of HD are excluded from breeding. This considerably reduces the percentage of HD in the population. Dogs with other hereditary disorders are also consistently excluded from breeding.

All affiliated breed clubs are expected to adhere to the breeding program.

The "Hovawart Rasvereniging Nederland" is committed to a beautiful and pure dog breed, in appearance but even more important in character! Everything we do is in the interest of the Hovawart. Thanks to the good cooperation with various other breed associations, we all ensure that the Hovawart can continue to meet its breed standard. 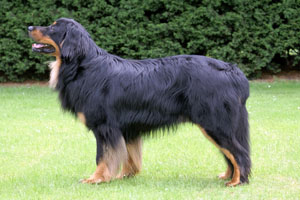 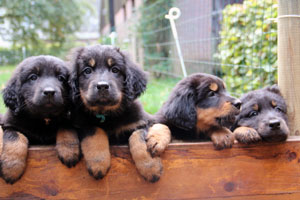 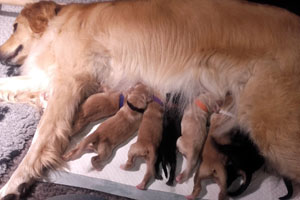 The day started a bit gloomy with fog and a bit of rain, it soon recovered in Lage Vuursche and we were able to enjoy […] 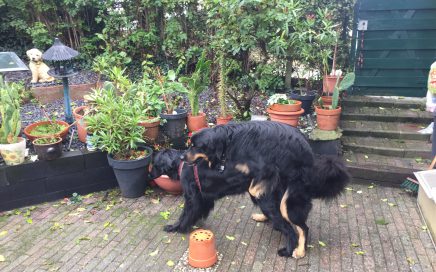 An unexpected date with a happy ending Monday, October 7, 2019: A message from Stephanie de Swaef. She drove with her Hovawart female “Pixie van […]

You can find out more about which cookies we are using or switch them off in settings.

This website uses cookies so that we can provide you with the best user experience possible. Cookie information is stored in your browser and performs functions such as recognising you when you return to our website and helping our team to understand which sections of the website you find most interesting and useful.

Strictly Necessary Cookie should be enabled at all times so that we can save your preferences for cookie settings.

If you disable this cookie, we will not be able to save your preferences. This means that every time you visit this website you will need to enable or disable cookies again.